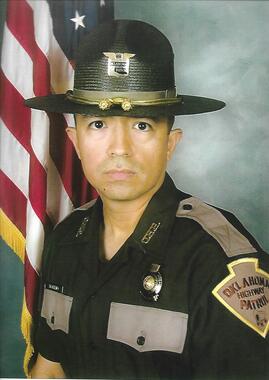 Back to Daniel's story

A private graveside service will be 1:00 p.m., Saturday, March 28, 2020 at Memory Lane Cemetery, Anadarko, OK under the direction of Sevier Funeral Home. A memorial service will be announced at a later date due to the coronavirus 19.
Daniel Artemio Moreno, 51, of Anadarko, Oklahoma died Tuesday, March 24, 2020 in Oklahoma City, Oklahoma. He was born October 1, 1968 in Anadarko to Artemio and Maria (Pantojo) Moreno.
Daniel graduated from Gracemont High School in 1986. He had served in the U.S. Army from 1987 to 2008 and was awarded the Bronze Star. In 2001 he began his career with the Oklahoma Highway Patrol and currently held the rank of Lieutenant. He served at a Trooper (Badge #456) in Grady and Caddo County. He was promoted in 2013 as Lieutenant (Badge #81) while serving in the Lawton area. He was currently serving at H.E. Bailey Turnpike since 2015.
He married Carla Filipi on February 28, 1998 in Chickasha, OK.
He is preceded in death by his brother-in-law, Samuel Joe Neal.
Daniel is survived by his wife, Carla Moreno; Daughters: Danielle Moreno and Ashley Moreno; His parents: Artemio "Timmy" and Maria Moreno; Sister, Maria Neal; Brothers: Ruben Moreno and his wife, Kathleena; and Raul Moreno.
Condolences may be made to the family at www.sevierfuneralhome.com.
Published on March 25, 2020
To plant a tree in memory of Daniel Moreno, please visit Tribute Store.

Plant a tree in memory
of Daniel

A place to share condolences and memories.
The guestbook expires on June 23, 2020.

Steve and Peggy Evans
We are so sorry to learn of Daniel's passing. Our hearts go out to Carla, the girls and the rest of Daniels family. He will be greatly missed. It was an honor to call him our friend. Our thoughts and prayers are with you all.
Tim and Linda Spradlin
I am shocked and deeply saddened. I will miss you more than you know. Drill Sergeant School, PLDC, BNOC,and ANOC and we spent much time on the trail together. I will miss you. I will see you again.
Garri McClure
I am truly blessed to have had Daniel as a friend. His loyalty, honesty and integrity is highly admired and appreciated. He is an example for everyone to look up to.
View all 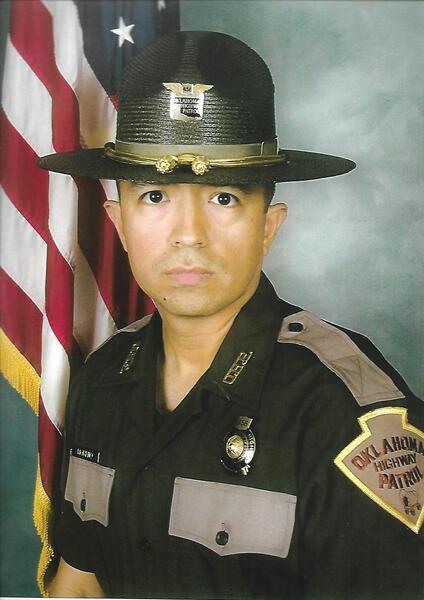