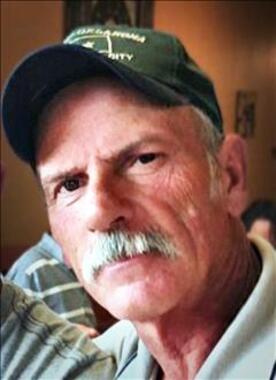 Back to David's story

Funeral service for David Burns, 66, of Cyril, Oklahoma, will be held 2:00 p.m. Saturday, February 8, 2020 at the The Assembly in Cyril with Pastor Randy Cocheran officiating. Burial will follow at the Celestial Gardens under the direction of the Fletcher Funeral Home. Visitation will be held Friday from 1:00 p.m. until 8:00 p.m. and Saturday from 9:00 a.m. until 11:00 a.m. at the funeral home.
David Oren Burns was born October 2, 1953 in Chickasha, OK to Leonard (Pedro) Burns and Flora Mae (Wright) Burns. He was the fifth of seven children. He attended Fairview School, Ninnekah Schools, and then graduated from Cement High School in 1971.
David married Vicki Townley on January 7, 1977. The couple resided in Cyril, OK for 43 years. David was Chief of Police for Cement and Cyril Police Departments from 1973 until 1987. He then went to work for Dolese Brother's Company. David then retired in 2015 from Oklahoma Natural Gas after 23 years of service. He enjoyed hunting, fishing, hanging out with all the family and feeding cattle with his grandson, Canden. He was also known to spend a lot of time with his friends at the local coffee shops. David was a very loving and caring man; he would always do for others before he ever did anything for himself.
He is survived by his wife, Vicki, son, Jeff and Wife Terena of Cement, three daughters, Katrina and husband Chris of Marlow, Stephanie (Lu) and husband Chris of Cyril, Makalyn (Toot) and Trevor of Alex. Eleven Grandchildren: Conner Webb, Stacia and Tyler Gordon, Canden Webb, Devin Remy, Rhett Richardson, Carstyn Webb, Jake Renner, Zane Remy, Noah Remy, Tazzar Chaney, and Tripp Chaney. One brother, Charlie Burns and Wife Tanya of Devol, and one sister, Geraldine Baker of Florence, CO, as well as numerous nieces and nephews.
He was proceeded in death by his parents, Pedro and Flora Mae Burns, sisters Anna Mae Fulton, and Monetha Justice, nephews Jeffery Heritage, Curtis Baker, and grandson Colten Burns.
An Online Guestbook is available at FletcherAndElginFuneral.com.
Published on February 7, 2020
To send flowers to the family of David Burns, please visit Tribute Store.

Send flowers
in memory of David

A place to share condolences and memories.
The guestbook expires on May 07, 2020.