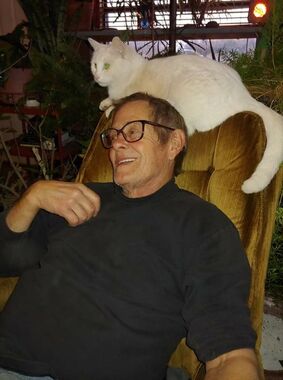 Back to David's story

Born 11-15-52 Died 12-31-19
Born to parents B.G. and Mozelle Sampson. David was raised near Chickasha, Oklahoma close to Pioneer School where the Sampson family attended.
He later moved to Chickasha and attended Chickasha Public Schools being President of his freshman-Sophmore and Jr class. He attended Oklahoma State University and USAO receiving his bachelors degree in education. Where he taught about 15 years in Dibble and then Chickasha.
He married ex-wife Brenda Cyrus and a beautiful 2 year old Daughter Heather who he instantly fell in love with and adopted. A few years later he and Brenda had a boy Jacob who later blessed David with his only grandchild Dylan Rose who truly brightened his life.
Some of David's favorite things include lunches with his west teacher friends, gardening, working on his farm, volunteering at the annual Oklahoma Special Olympics Summer games and being with his family. He loved the farm so much.
His brother Phil says, Twins, how does that happen? We were so excited when we heard Mom and Dad were bringing twin boys home from the hospital. I can't mention one without the other because they worked in tandem. I remember my bedroom having two long strands of wire going from corner to corner that hung my airplane collection from. I came home from school and found the boys swinging a broom and knocking them down having a ball. They just couldn't understand why I threatened them with their lives. But I couldn't stay mad at them for too long, they were so cute.
David is survived by his son Jacob and his family Danyelle, Delany, and Dylan Rose, Daughter Heather and husband Steve Miller, siblings brother Phil Sampson and wife Sue of Lawton, OK, brother Kent Sampson and wife Sheila of Stillwater, OK, sister Mary Anne Lombard and husband John of Nahant, MA, twin brother Gary Sampson on the Chickasha farm, and many nieces and nephews that he loved very much.
Published on January 6, 2020
To send flowers to the family of David Sampson, please visit Tribute Store.

Send flowers
in memory of David

A place to share condolences and memories.
The guestbook expires on April 05, 2020.

Vicki (Brown) Davis
I remember David’s smile, kind heartedness and free spirit in high school and at the last reunion I attended. Sympathy and prayers for Gary and his family.
Kathy Kennell
I remember David in high school being a funny, joking kind of guy! He will be missed by his family and friends! So sorry for your loss!! Gary, my thoughts are with you...and your family!
Marcus Carossa

Country Basket Blooms was purchased for the family of David Sampson by Marcus Carossa.  Send flowers

Marcus Carossa
Dave was a spark of joy in my life. I Lived with him, Brenda and Jacob for 5 months in 2005 and it was an intense and blessed experience. I was 17 back there and the love for them grew strong as they devoted time and affection for me, as if I was a kid of their own. Chears for Heather too, that along side with Shelbi dog, made my days in chickasha better. I Will never forget him, a piece of my heart is already his. Before I Left back to Brazil, he gave me this beautiful poem about friendship, that i'm posting within this message.
As you said yourself 'Dave Dave', in this year that I was finally planning on going back to visit you guys, life shows how important every moment with our beloved ...ones really are:
"Our paths in this life I'm so thankful they crossed,
How easily this opportunity could have been lost"
Lov you David, go in grace, I'm glad I got to know you and called you familyRead more 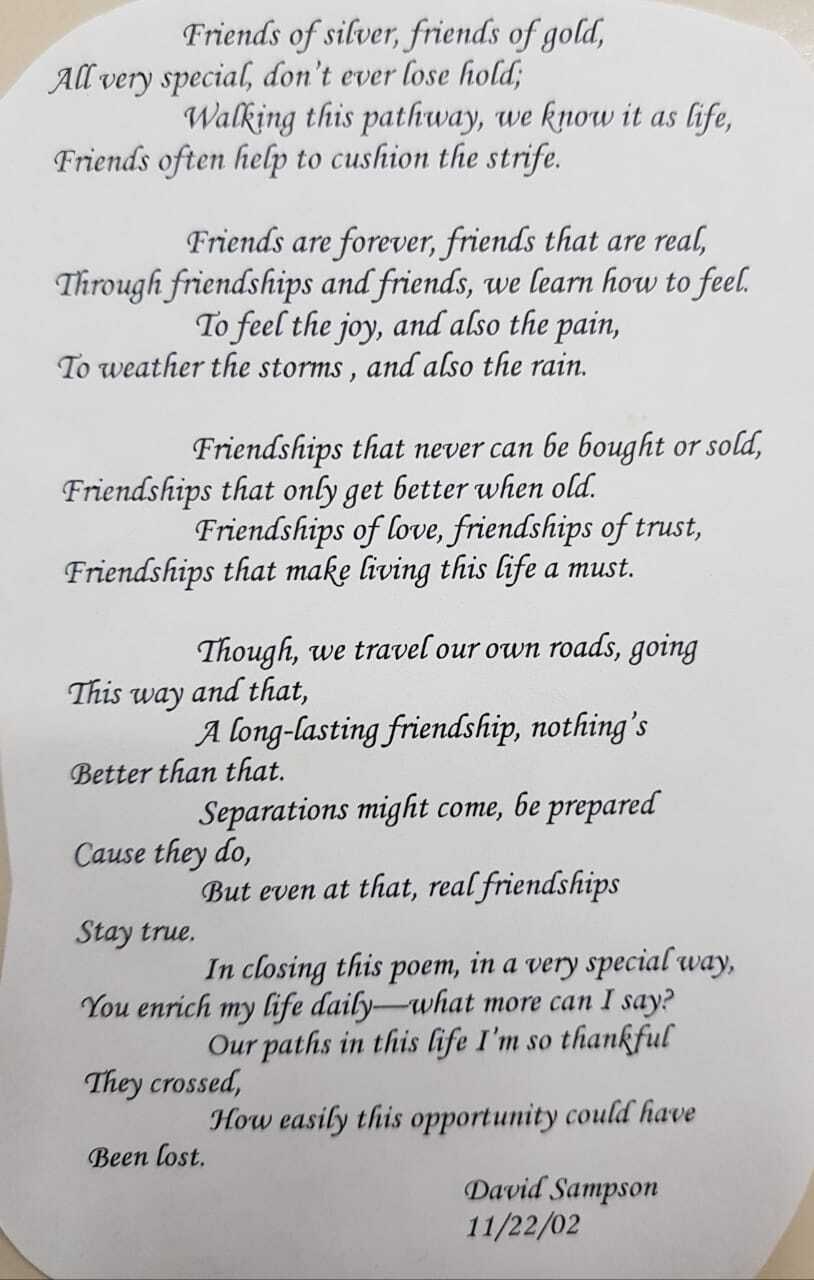 Ashley Sampson King
Uncle Dave ❤️❤️
One of the greatest gifts in my life. Uncle Dave was everyone’s uncle. DSAM radiated love even on the tough days. I will miss having him come down to dads to lick to brownie bowl.. and of course those happy feet❤️
Stacey Stephens Bull
David was the best bus driver. He always cared about how we were doing and would make stops closer to home when it was raining or bad weather. Whenever I see a school bus I think about him.
Frances Brazil
We became friends while we worked together at West. He was jolly, funny always knew ya wherever he saw ya. Just a very laid back fella. A hug n you take care guy. He will be missed.love
Mary Nieto
You are the SWEETHEART to all your kindness will always be in our hearts my you RIP love always
Karen Mayo
I knew David when we attended Chickasha high school together. I remember an infectious smile and energy that enveloped all of us. He was a snappy dresser, a delight to his friends and always, that smile. How wonderful that he went into education and shared those qualities with his students! I am sorry I did not know him as an adult but glad we shared a career teaching. I am sorry he left too early.
Lana Martin
David and I taught together at West. He was so much fun. One day I caught him watering plants. One of the plants was was fake plant. I laughed and laughed and told him it wasn’t real. He laughed with me. When I retired that year he gifted me that plant. Which gave both a laugh. I still have that plant and I think of him and all the teachers at West. He will be missed.
Scott Shaffer
David was a great friend and a roll model for a family man, he never put himself first. He had the ability to make everything funnier and more enjoyable. From concerts, thunder games, haunted trail preparations to just enjoying coffee and listening to him talk highly of his family and friends. You’ll always be remembered and your kindness was contagious. Thanks for your friendship
View all