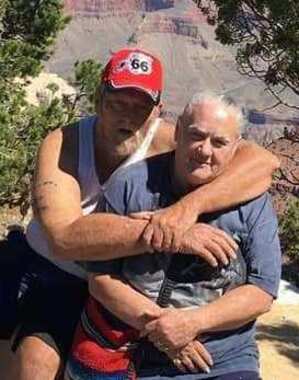 Back to Deborah's story

1952-2020
Memorial services for Deborah Anne Hisel, 67, of Chickasha, will be at 10:30 a.m. on Saturday, February 1, 2020 in the Ferguson Funeral Home Chapel.
Deborah Anne (Giddings) Hisel was born July 29, 1952 in Great Barrington, Massachusetts. She was the daughter of Edwin Somers Giddings and Margaret Julia (Rotolo) Logston. She died Thursday, January 16, 2020 in Chickasha, Oklahoma.
As the daughter of a military man, Debbie was well traveled. She lived in many cities across Europe and from the Atlantic to the Pacific.
She graduated high school in North Highlands, California then sought military service. After brief, honorable service in the United States Navy she began raising her family. She made a career of helping others in social work and later in property management.
On May 27, 2000, she married the love of her life, Stanley Robert Hisel. He became "Pop" to all of her children and together they lived a full life with the love of many friends, children, grandchildren and great-grandchildren.
Debbie and Stanley died on the same day and they will be memorialized together in the same service. She was also preceded in death by both her parents and a brother, Edwin S. Giddings, Jr.
Survivors include their children Danaë Fesler, Edwin Morman, Jon King Jr., Brandon King, Frank King, Amber King, Corwyn King, Alejandro "Alex" Flores, Samantha Hisel-Mitchell and Ryan Hisel; numerous grandchildren and great-grandchildren; extended family and many friends.
Services and cremation arrangements are under the direction of Ferguson Funeral Home.
Condolences to the family may be expressed at www.ferguson-funeralhome.com.
Published on January 27, 2020
To plant a tree in memory of Deborah Hisel, please visit Tribute Store.

Plant a tree in memory
of Deborah

A place to share condolences and memories.
The guestbook expires on April 26, 2020.

Vera savage
Beautiful service
Tony and Mary
May you both get to rest in peace. Together forever. Thank you for being good people to us, and to many others. For helping people when you could, and for understanding. 💐⚜️
Team CACI

Jami Ramos
May God give comfort in this time of sadness.
Stuart C. Hellinger
I'm at a loss for word. Debbie was a very special person in my life and gave me someone extraordinary. I will miss her forever. Rest in peace, my dear friend.
Joe & Debbie Greco
We are both giving you hugs, prayers and energy to make it during this time. We're both sorry about all your family has gone through. Zen hugs from Manteca, CA
Dan Perske
I was grateful to have them around. They were like an extra set of parents to my daughter when she lived at the apts. they always kept an eye on my Mom who also lived there.
Michael J Morman
We had a good five year run and produced two exceptional children. My she rest in peace.
View all