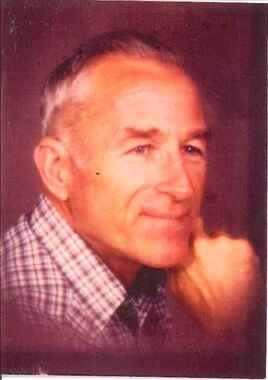 Graveside services for Donal N. Leverett Sr. 85, of Chickasha, will be held at 1:00 p.m. Saturday, January 18, 2020, in the Fairlawn Cemetery with Kim Hayes officiating.
Donal N. Leverett Sr. was born December 9, 1934, in Amber, Oklahoma the son of Archie Ray Leverett and Mattie Gitthens Leverettt. He died Monday, January 13, 2020, in Corn, Oklahoma.
Donal grew up in the Amber area and attended Friend Public Schools. During his Senior year of 1954, he and his twin brother Ronal played and won the State High School Basketball Championship that year.
He served a time in the Army Reserves.
Donal married Donna Sue Mitchell on May 27, 1956 and to this union his two sons were born.
He held various job as a young man around the Chickasha area before becoming employed with Arkla Gas Company, now Center Point Energy, where he retired after twenty years of service a Service Technician.
He later married Jerene Cantrell after the death of his wife Donna Sue, on January 9, 2004.
He was preceded in death by both parents, his wife Donna Sue in 2003, his twin brother, Ronal Leverett, his brother C.L. Leverett and one sister Norma Melvin.
Survivors include his wife Jerene of the home; two sons and daughters-in-law, Donal and Kerie Leverett, of Arlington, Texas and Terry and Brooke Leverett, of Bella Vista Arkansas and several nieces' nephews and friends.
Services are under the direction of Ferguson Funeral Home.
Condolences may be made to the family at www.ferguson-funeral.com
Published on January 15, 2020
To plant a tree in memory of Donal Leverett, Sr, please visit Tribute Store.

Plant a tree in memory
of Donal

A place to share condolences and memories.
The guestbook expires on April 14, 2020.