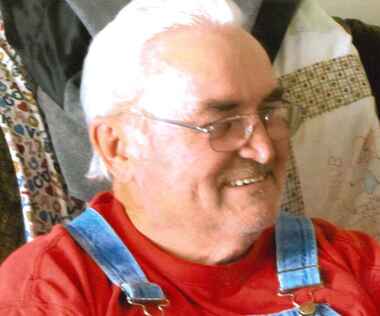 Back to Jerry's story

1938-2020
Funeral services for Jerry C. Buckner, 81, of Chickasha, will be held 10:00 a.m. Wednesday, January 15, 2020 in the Full Gospel Church with Sister Alice Wendling officiating.
Jerry C. Buckner was born December 29, 1938, in Chickasha to Charley Buckner and Hazel Roache Buckner. He passed away January 12, 2020, in Oklahoma City.
Jerry grew up in the Chickasha area and attended Chickasha Public Schools. He had a newspaper route as a young man growing up.
He joined the U.S. Navy as a young man where he served four years.
As a young man he hauled hay and did many odd jobs around the area. He had been the tour bus driver for Earnest Tubbs for a while and had always said it was the hardest job he ever had.
Jerry owned and operated Buckner Construction for over forty years building many homes and businesses in the area.
Jerry enjoyed playing poker and going to Las Vegas where he enjoyed playing blackjack.
He was proceeded in death by both parents and one brother: Donnie Buckner.
Survivors include his wife, Carol Buckner, of the home; four daughters, Donita Arbuckle, Donna Buckner, Judy Ryals and Susan Fultz; eight grandchildren, Ashely, Chad, Cody, Melanie, Miranda, Chad F., Brandon and Dallas; and four great-grandchildren and many other extended family members and friends.
Interment will be in the Fairlawn Cemetery under the direction of Ferguson Funeral Home.
Condolences may be made to www.ferguson-funeral.com.
Published on January 13, 2020
To send flowers to the family of Jerry Buckner, please visit Tribute Store.

Send flowers
in memory of Jerry

A place to share condolences and memories.
The guestbook expires on April 12, 2020.

Jerry was always willing to give a hand to anyone who needed it. My husband Billy Holly worked with Jerry many years building new homes, Jerry had a sense of humor , and had that serious business side . He will be missed , thankful to have had his friendship ! RIP: NICOLA AND BILLY HOLLY

Ralph Cole and Carlene Foster
Jerry Buckner was our cousin. Our mother was Florene Buckner Cole, sister of Jerry's father, Charley Buckner. We met, it seems, only at funerals of which there have been many in the Buckner family. He was a fun person to know and always greeted you with a handshake and a smile. He will be missed.
View all