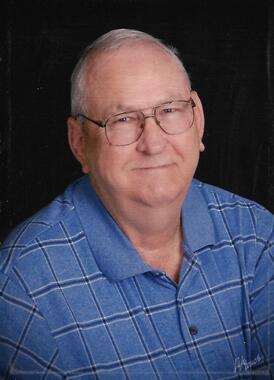 Back to Jerry's story

Jerry Donald Hill
Funeral services will be 10:00 a.m., Friday, December 13, 2019 at the Sevier Funeral Home Chapel. Interment will be in the Fairlawn Cemetery, Chickasha, OK under the direction of Sevier Funeral Home. Memorial donations may be made to the American Legion Post 54, P.O. Box 1321, Chickasha, OK 73023.
Jerry Donald Hill, 74, of Ninnekah, OK, passed away on Sunday, December 8, 2019 at his home. He was born November 2, 1945 in Chickasha. Oklahoma to Leon William and Dorothea Mae (Snell) Hill.
Jerry grew up in Chickasha and graduated from Chickasha High School. Shortly after graduating he enlisted and served in the U.S. Navy. He had lived in the Chickasha and Grady County area all his life and had worked for Badgett's as a machinist for 45 years before retiring in 2010.
He married Diana Lynn Wright on April 20, 1990 in Chickasha, OK.
He enjoyed playing golf during his free time and was a member of the First Baptist Church of Chickasha.
He is preceded in death his wife, Diana Hill on April 27, 2001; his parents; a sister, Gaye Blackburn and an infant brother, Ronald Hill.
Jerry is survived by his two sons: Dale Hill and his wife, Ginna, of Ninnekah, OK; and Brent Hill and his wife, Kelley, of Blanchard, OK; Grandchildren: Colton Hill and his wife, Tori, of Ninnekah, OK; Triston Hill of Moore, OK; Joshua Smith and his wife, Katie of Putnam, CT; and Kaitlin Lister and husband, Jeff, of Blanchard, OK; Great granddaughter, Dakoda Smith of Putnam, CT; And a brother, Bill Hill and his wife, Becky, of Moore, OK.
Condolences may be made to the family at www.sevierfuneralhome.com.
Published on December 11, 2019
To plant a tree in memory of Jerry Hill, please visit Tribute Store.

Plant a tree in memory
of Jerry

A place to share condolences and memories.
The guestbook expires on March 10, 2020.