Back to Juanita's story

1921-2020
Graveside services for Juanita Mae Carroll, 98, of Chickasha, will be held at 11:00 a.m. on Friday, March 20, 2020 at Fairlawn Cemetery with Pastor Kim Hayes officiating.
Juanita Mae (Garrett) Carroll was born December 28, 1921 in Cogar, Oklahoma to George Garrett and Hattie (Gunn) Garrett. She passed away Saturday, March 14, 2020 in Chickasha, Oklahoma.
Juanita grew up and attended school in Cogar.
On March 24, 1947, she married Gordon Carroll in Wichita Falls, Texas. and had 53 years together when he died in 2000. They made their home in Hinton for several years before moving to Chickasha in 1962.
Juanita worked at Hicks Department Store and later retired from the TG&Y Department Store. She was a longtime member of Bible Baptist Church. She was an absolutely wonderful mother, grandmother, great-grandmother and friend. Juanita was a saint and always looked after everyone else. She always produced a garden in her younger years and also enjoyed planting flowers. She could cook a wonderful roast dinner with mashed potatoes, corn and home-canned green beans that everyone always looked forward to.
Juanita appreciated the great staff at Glenhaven Assisted Living that had been with her in recent years.
She was preceded in death by both parents; her husband Gordon; daughter Vicki Harvey; and all her siblings.
Survivors include her daughter and son-in-law Zona and Jim Peterson of North Richland Hills, Texas; son-in-law Jerry Harvey of Hydro; grandsons Todd Harvey and wife Rhonda and Scott Harvey and wife Helen, all of Hydro; great-grandchildren Maci and husband Darren, Erika, Reece and Garrett; and great-great-grandson Jace; and other extended family and friends.
Services are under the direction of Ferguson Funeral Home.
Condolences to the family may be expressed at www.ferguson-funeralhome.com.
Published on March 17, 2020
To plant a tree in memory of Juanita Carroll, please visit Tribute Store.

Plant a tree in memory
of Juanita

A place to share condolences and memories.
The guestbook expires on June 15, 2020.

Steve and Nancy Heavin
Juanita was a very special and gracious lady
We loved to visit with her at lunch, she always talked about our family and gardening.
View all 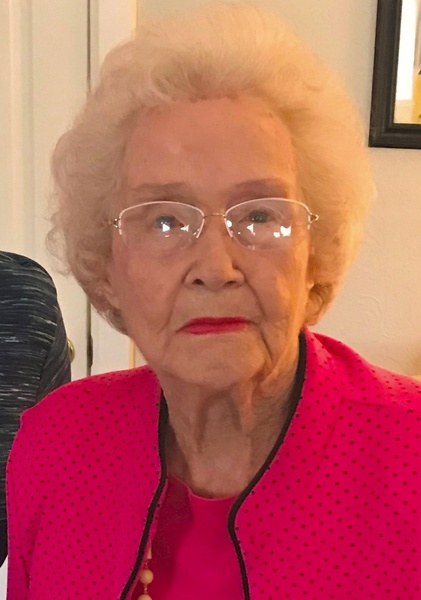