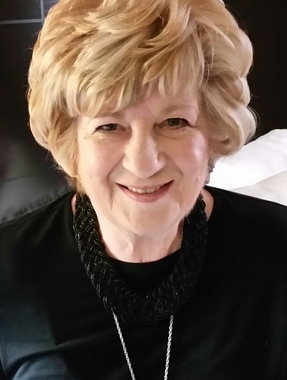 Back to Judith's story

1939-2019
Funeral services for Judith Ann Dutcher Orr, 80, of Chickasha, Oklahoma was held at 1:30 p.m. on Thursday, January 2, 2020 at the First Christian Church in Chickasha with Reverend Joseph Ellis officiating.
Judy died suddenly on December 30, 2019 in Chickasha, Oklahoma. Judy was born on January 3, 1939 in Anadarko, Oklahoma to Ruth Cook Burnett and Gordon Ellis Burnett. She was adopted by Bruce Yeager Dutcher in 1941. She graduated valedictorian from Anadarko High School in 1957. She attended the University of Oklahoma, was a member of the Kappa Kappa Gamma sorority and graduated in 1962 with a degree in Elementary Education.
She married Ron Orr in 1959 at the First Presbyterian Church in Anadarko, Oklahoma. They celebrated their 60th wedding anniversary on Saturday, December 28.
She grew up in the First Presbyterian Church in Anadarko and played the organ for several years. She was a member of the First Church of the Nazarene in Chickasha and taught children in Sunday school for over 50 years. She also played the organ for church services for many years.
She was a member of PEO, served on the boards of Chickasha's Junior Social Workers, American Red Cross, Women's Crisis Pregnancy Center and the Chickasha Church of the Nazarene.
Judy was the owner of The Attic Antiques and Gifts in downtown Chickasha for many years.
She was preceded in death by her father Gordon Ellis Burnett, father Bruce Yeager Dutcher, her mother Ruth Cook Dutcher and grandson David Wentz.
She is survived by her husband, Ron Orr, four children and spouses, Laurie and Phil Elzo, Merry and Scott Stone, Amy and Fred Howell, Scott and Kendra Orr. She was also survived by her brother and sister-in-law, Michael and Cathy Dutcher. She was also survived by seven grandchildren, Emily Hemphill (Michael), Christopher Wentz, Weston Stone (Rachel), Nick Hart, Jackson Stone (Kelsey), Kennedy Orr and Jackie Wentz. She was also survived by two great-grandchildren, Hank and Pierce Hemphill. She welcomed the four children of her sons-in-law, Kara Trahan, Katie Dickey, Molly Brantley, and Maddy Howell and their children into her family. She is survived by a niece, Shelly Dutcher and nephew, Mike Dutcher; and other extended family and friends.
Memorial donations may be made to the Chickasha Church of the Nazarene, 1300 S. 29th Street, Chickasha, OK 73018 or to Life Choices, 1201 W. Choctaw Ave., Chickasha, OK 73018.
Interment in Rose Hill Cemetery will be under the direction of Ferguson Funeral Home. There will not be a viewing at the funeral home or service.
Condolences to the family may be expressed at www.ferguson-funeralhome.com.
Published on January 2, 2020
To plant a tree in memory of Judith Orr, please visit Tribute Store.

Plant a tree in memory
of Judith

A place to share condolences and memories.
The guestbook expires on April 01, 2020.

L. Olivia Chaffin
My thoughts & prayers are with you,Dr.Orr, & your family during this difficult time. May God be with you & give you comfort.
Katherine Hart

Judith was a lovely person. I enjoyed her Art work that was in DR. Orr's office. My Sincere condolences to her family, and every life she touched.