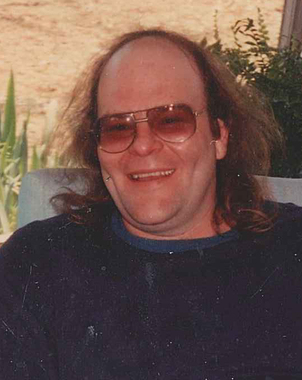 Back to Kirk's story

A memorial service for Kirk Lynn Stanley, age 58, will be held at 11:00 a.m. on Friday, September 13, 2019 at Rose Hill Cemetery in Chickasha, Oklahoma.
Kirk was born June 7, 1961 to Phillip and Verlene Stanley in Chickasha, Oklahoma.
On September 4, 2019, he went to be with his Heavenly Father.
In 1967, Kirk moved with his family to Ada, Oklahoma where he attended Ada Public Schools and later Seminole Junior College. He returned to Chickasha in the early 1980's. Most of his career was in oilfield related business. He was a member of College Heights Baptist Church. Kirk's greatest pleasure was time spent with his daughter, Erika.
Kirk was preceded in death by his paternal grandparents, Mark and Mildred Stanley; his maternal grandparents, Vernon and Charlene Smith; his father, Phillip Stanley; his brother, Vance Stanley; and his cousin, Keith Smith.
Survivors include his daughter Erika Stanley; mother Verlene Stanley; sister-in-law, Joni Stanley; niece Hannah Stanley; his uncle Carl Smith and wife Ann; cousin Carla Feureborn and husband Eric; and their son Ryan Feureborn.
Published on September 9, 2019
To plant a tree in memory of Kirk Stanley, please visit Tribute Store.

Plant a tree in memory
of Kirk

A place to share condolences and memories.
The guestbook expires on December 08, 2019.

Restore the guestbook to view the 1 more posts by family and friends, and share a memory or message of condolence of your own.