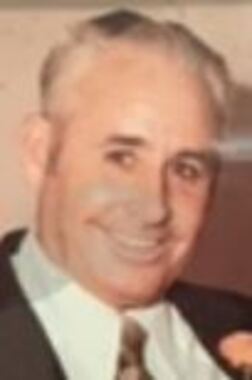 Back to Maurice's story

Funeral service will be 2:00 p.m., Saturday, December 14, 2019 at the Sevier Funeral Home Chapel. Interment will be in the Fairlawn Cemetery under the direction of Sevier Funeral Home.
Maurice Donald Bray, 88, of Chickasha, Oklahoma, passed away on Wednesday, December 11, 2019 in Chickasha. He was born December 31, 1930 in Friend, Oklahoma to Durwould and Cora (Chastain) Bray.
Maurice had lived in the Grady County his entire life. Throughout his life he had farmed and ranched in the Chickasha area. He had worked for 19th Seed Co for 20 years and was involved in highway construction in Oklahoma and Arkansas. Maurice retired from the City of Duncan in 1992.
He is preceded in death by his parents; a granddaughter, Lee Ann Bray; brother, D.B. Bray, Jr. and his wife, Patsy Ruth Bray.
Maurice is survived by his sons: Don Bray and his wife, Shirley; Rocky Bray and his wife, Delnita; and Terry Bray and his wife, Bobbi; Grandchildren: Kerry and Jim Brady; Kelly and Ron Lane; Teryn Bray, Kalyn Bray, Patti Ward, Mike and Jessie Bickerstaff; Bryan Bickerstaff, Kelli Hill, Tara and Clint Birchell; and Tami Prater; Great grandchildren: Payton Horn, Veronica Lane, Andrew Lane, Trenton Hider, Grayson Ward, Bray Ward, Braydyn Bray, Anna Bray, Paisley Bray, Caden Bickerstaff, Kadence Birchell, Lesi and Dayzi Mann; and Zan and Addi Prater; Great-Great grandchildren: Gabriel Glascox and Aiden Glascox.
Condolences may be made to the family at www.sevierfuneralhome.com.
Published on December 12, 2019
To plant a tree in memory of Maurice Bray, please visit Tribute Store.

Plant a tree in memory
of Maurice

A place to share condolences and memories.
The guestbook expires on March 11, 2020.

Sheila Livingston Abel
The world lost a good man but u know he is beyond happy seeing Patsy again.
View all