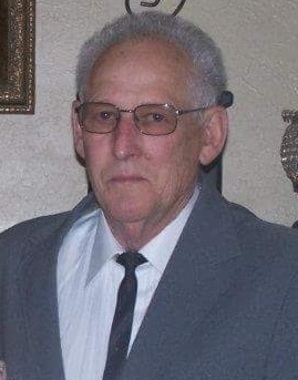 Back to Robert's story

1939-2020
Funeral services for Robert Yannon McClaflin, 81, of Chickasha, will be held at 11:00 a.m. on Monday, February 17, 2020 in the Ferguson Funeral Home Chapel with Kim Hayes officiating.
Robert Yannon McClaflin was born January 4, 1939 in Altus, Oklahoma to Louis Henry McClaflin and Beulah Faye (Wright) McClaflin. He passed away February 12, 2020 in Verden, Oklahoma.
Robert grew up in Chickasha and attended Chickasha and Amber Schools. In 1961, he joined the United States Army and served until September 1963.
On January 3, 1963, he married the love of his life, Maryland Sue Karnes and they had 54 years of marriage until her passing in July 2017. Robert loved her deeply and let it be known that she was "his baby."
He worked most of his life as a truckdriver and also worked as a petroleum movement engineer supervisor with the National Co-operative Refinery Association (NCRA). He was retired from the NCRA for one year then went back to driving truck cross country with John Moore Trucking.
When his children were growing up and he was home, Robert loved to go to the lake where he would be mowing lots or "drowning" kids. He liked to fish and smoke meat and loved eating fried egg sandwiches. He had been a member of the Eagles Lodge and the Odd Fellows Lodge and a member of the NRA.
Robert was preceded in death by his wife Maryland, daughter Shaunie Robinson, great-granddaughter Paytin Williams, father Louis McClaflin and sisters Delphenia and Corine.
Survivors include his mother Beulah McClaflin of Kingston; daughter and son-in-law Gayla and Steve Hopper of Verden, son and daughter-in-law Wes and Becky McClaflin of Stratford, son Jesse McClaflin of Chickasha; sisters Patsy Rogers of Kingston and Juanita Clark of California; brother Bud McClaflin of Chickasha; granddaughters and their husbands Danyah and Chad Williams of Chickasha, Brittany and James Henley of Spade, Texas and Kateland and David Kirkland of Freedom; grandson Mycheal McClaflin of Santa Barbara, California; six great-grandchildren, many nieces and nephews and other extended family and friends.
Interment in Verden Cemetery will be under the direction of Ferguson Funeral Home.
Condolences to the family may be expressed with www.fergusonfuneralhome.com.
Published on February 14, 2020
To send flowers to the family of Robert McClaflin, please visit Tribute Store.

Send flowers
in memory of Robert

A place to share condolences and memories.
The guestbook expires on May 14, 2020.

Juanita Clark
I will truly miss u my brother u will forever be missed in my heart I love u .R.I.P BROTHER
Leslie St Francis
To know Bobby has joined family brings a smile through the tears. Prayers for the family.
Patsy Mcclaflin Goodnough
He always called me sis and I loved him like my brother. Like his father he was one of the best men I ever knew.
Vicki tarpley
Sorry for the loss of Bobby . Prayers to the family.
LeeAnn McClaflin Alewine

Charles Mackey
I am deeply sorry for the loss of your father.
View all