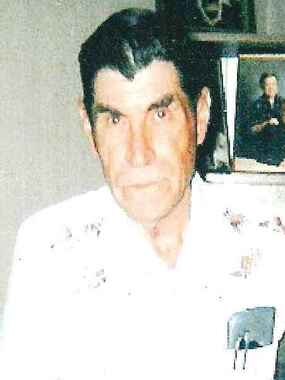 Back to Rodger's story

1946-2020
A viewing for Rodger "Dale" Stinnett, 73, of the Cement area, will be held on Monday, January 6, 2020 at Ferguson Funeral Home from 9:00 a.m. to 7:00 p.m.
Rodger "Dale" Stinnett was born February 5, 1946 in Vernon, Texas, the son of Alfred Nathaniel Stinnett and Violet Elizabeth (Ellis) Brown. He passed away suddenly on Wednesday, January 1, 2020 in Chickasha, Oklahoma.
Dale grew up in Snyder, Oklahoma. He was a cross country truckdriver most of his life, but worked in the oilfield a bit.
He liked to work on cars and was very generous with his time and money. He would do anything for anyone that he could. Dale was very proud to be Native American and he did a lot of beading, building dream catchers, necklaces and earrings to give as gifts. He loved to spend time with his grandsons and his greatest love was his grandchildren whether they were related or not.
Dale was preceded in death by both parents and his brother, Leo Stinnett.
Survivors include his daughters Janice Cowan, Gina Dalton, Carla Hannah and husband Tommy; son Alfred Nathaniel Stinnett and wife April of Alaska; sisters, Dorothy Schnur and husband Pat and Valerie Rogers; significant other Lois Kruse; stepsons Douglas Kruse and Greg Douglas; fourteen grandchildren and four great-grandchildren; and other extended family and friends.
Dale chose cremation after a time of viewing and then the family will hold a private service to bury his cremains at Cement Cemetery.
Cremation arrangements and interment are under the direction of Ferguson Funeral Home.
Published on January 3, 2020
To send flowers to the family of Rodger Stinnett, please visit Tribute Store.

Send flowers
in memory of Rodger

A place to share condolences and memories.
The guestbook expires on April 02, 2020.