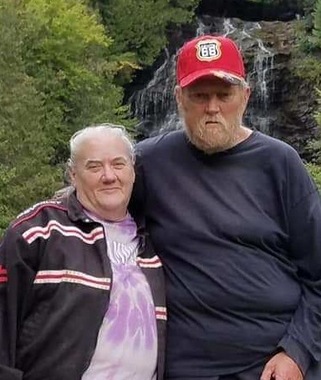 Back to Stanley's story

1953-2020
Memorial services for Stanley Robert Hisel, 66, of Chickasha, will be at 10:30 a.m. on Saturday, February 1, 2020 in the Ferguson Funeral Home Chapel.
Stanley Robert Hisel was born November 11, 1953 in Holtville, California. He was the son of Richard Robert Hisel and Betty Ann (Ash) Leatherberry. He died Thursday, January 16, 2020 in Chickasha, Oklahoma.
Stan grew up and attended schools in California and he served in the United States Army for a short time at the end of Vietnam. He was a man that worked with his hands all of his life; he had been a hot-tar roofer, handyman, and in more recent years a property manager.
On May 27, 2000, he married Deborah Anne Giddings and became "Pop" to all of her children. When they settled in Chickasha, Oklahoma, through their connection with the Resurrection House, they reached out to many adults and young people, helping them get back on their feet. Stan had a giving heart and was loved by many friends and family.
Stan and Debbie died on the same day and they will be memorialized together in the same service. He was also preceded in death by his father and two sisters Susan Hilborn and Tonia Hilborn.
Survivors include their children Samantha Hisel-Mitchell, Ryan Hisel, Danaë Fesler, Edwin Morman, Jon King Jr., Brandon King, Frank King, Amber King, Corwyn King, Alejandro "Alex" Flores; his mother, Betty Leatherberry; numerous grandchildren and great-grandchildren; siblings Curt Hisel, Elizabeth Hisel-Carruth, Cristy Hisel, John Hisel, Scott Leatherberry and Tammy Bailey; and other extended family and many friends.
Services and cremation arrangements are under the direction of Ferguson Funeral Home.
Condolences to the family may be expressed at www.ferguson-funeralhome.com.
Published on January 27, 2020
To plant a tree in memory of Stanley Hisel, please visit Tribute Store.

Plant a tree in memory
of Stanley

A place to share condolences and memories.
The guestbook expires on April 26, 2020.

Scott & family so sorry for this tragic loss! 💔

Mary Krahwinkel and Tony Gardi
May you to get to rest in peace, together forever. And may people remember the good you put into the world, and the people you always helped, like Tony and I. We will forever appreciate the help you offered whenever you could. 💐⚜️
Christy Hisel
My memories of you are a big smile, warm heart and lots of laughing. Rest in Peace brother, love you always!
Marie Hisel , Christy Hisel and Family

Beautiful in Blue was purchased for the family of Stanley Hisel by Marie Hisel , Christy Hisel and Family.  Send flowers

Logan Kruse
Met them once, that's all it took for them to feel like family to me. Never had much of one till I met Samantha Hisel Meeting her father and his wife was like having grandparents I never got to know.
Going to miss them. Rest in peace Stan and Debbie.
Maria Hisel
My deepest condolences to all family and friends who knew him.
Misty Bradley

My sincere condolences to the family & friends may the lord comfort you all. The few years I have known Stan & Deb they were always in great spirits & sure made me laugh with amazing sense of humor. Rest In Peace my friends