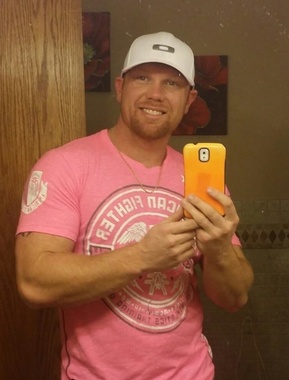 Back to Tim's story

Tim Allen Ryans, of Chickasha, passed away January 17th from injuries sustained in a one vehicle accident in Chickasha at the young age of 35.
Tim was born in Chickasha, Oklahoma on September 16th, 1984, and was a life-long area resident. He graduated from Cement High School in 2002. He worked for his Grandpa, Aubrey Ryans, Wood's Ditching, Oil field, and most recently for his uncle, Charles Ryans. Tim is remembered most as a hard worker, providing for his family whom he loved dearly, dependable when anyone needed him, his vibrant smile, his unmistakable and infectious laugh, and never missing an opportunity to be ornery.
He is survived by his four children, Aubrey and Baylee Ryans from previous wife, Ashlee Smith-Ryans of Chickasha. Taye'lor Garst and Kenzleigh Ryans from wife Rhiannon Garst-Ryans of Chickasha. Mother: Kristina (Kristy) Ryans and Marty Core of Chickasha, Sister: Lana and Bryan Stebens, nephew Ethan Ryans, and Niece Krystan McConnell of Kingfisher, Grandmothers: Doris and Mike Lamb of Elgin, Christine Ryans of Chickasha, along with numerous aunts, uncles, and cousins.
He is preceded in death by his father, Timmy Ryans, grandfathers: Aubrey Ryans and Boots Weger, and many aunts, uncles, and cousins.
The Funeral Services will be held at Grand Assembly of God Church, Thursday January 23rd, 2020 at 2:00 pm. Honorary Pallbearers: Colten Weger, Marcus Nieto, Bryan Stebens, Kevin Crouch, Ronnie (Ronzo) Burns, Bobby Johnson, Jamie Resendez, Dakoda Ryans, Chad Ryans, John Salmon, and Josh Woods.
The Family wishes to thank everyone for their support, contributions, and love in the celebration of Tim's life.
Published on January 21, 2020
To plant a tree in memory of Tim Ryans, please visit Tribute Store.

Plant a tree in memory
of Tim

A place to share condolences and memories.
The guestbook expires on April 20, 2020.

Scott & Candi Bailey
He is going to be missed. Always enjoyed being around him.
Tribute Store

Pretty Please was purchased for the family of Tim Ryans by Tribute Store.  Send flowers

April D Bradley
I knew Timmy when we were all in our early 20's. He could always brighten up the room and make everyone smile. He will be missed. Heaven definitely received another angel. I'm so sorry for your loss.
Dave & Kay Hunt

Melissa Kargul
I am so sorry for your loss. You are in my thoughts and prayers.
Billy McConnell
The world is gonna be different without this guy around for sure. Was a great friend and family member to me from day 1. I love you brother, we are gonna miss you.
Cindy Miller
I am so sorry! Blessings to your wonderful family!

Serene Retreat was purchased for the family of Tim Ryans.  Send flowers

Juanita Spoon
I am sorry for your loss. My heart hurts for the family. If you need anything please let me know. Love you 😘
Shenia Prentiss
My thoughts and prayers to the family..
Dolores Campbell
So sad for the loss of this young man.
View all