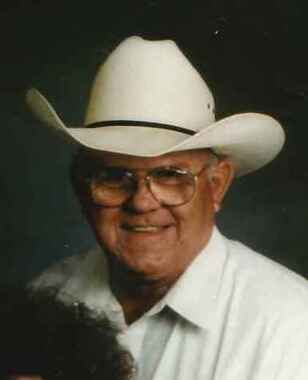 Back to Walter's story

1937-2020
Funeral services for Walter Donald Rogers, 82, of Chickasha, will be held at 10:30 a.m. on Wednesday, January 8, 2020 in the Ferguson Funeral Home Chapel with Billy Adcox officiating.
Walter Donald Rogers was born on November 21, 1937 in Hawkins, Oklahoma to James Edward Rogers and Doshie Sarah Caroline (Edwards) Rogers. He died on Sunday, January 5, 2020 in Chickasha, Oklahoma.
Walter attended Hawkins, Alex and Ninnekah schools.
On April 30, 1955, he married Viola Johnson and they had over 64 years together.
Walter worked his way up in the Brake-O company, beginning as a mechanic and eventually managed the opening of their franchised stores all over Texas. He also worked for Midas Muffler Company in Arizona and then for Car-Co.
After that, he was self-employed with landscaping and tree trimming, bartering, photography, upholstering, and auctioneering. He was a man on the move and he liked going and doing, and was a motivational speaker. He was inspiring to his children and was a man that did it 'his way'. He loved horses and competing in rodeos and he liked to win. Walter enjoyed his family and lit up when those grandbabies came around.
He was preceded in death by both parents; daughter Deborah Lynn Rogers; granddaughters Kristin Doshie Rogers and Michelle Renea Rogers; and numerous siblings.
Survivors include his wife Viola Rogers of Chickasha; children and their spouses Randal and Shawna Rogers of Rush Springs, Kathy and Jerry Garten of Pumpkin Center, Ronald and Tami Rogers of Arlington, Texas, Marletta and Clem Cassmeyer of Chickasha and LaDonna and James Clouse of Chickasha; grandchildren Aaron, Justin, Mark, Brian, Dustin, Jarrid, Tara, April, Heather, Kristal, Jodie, Rebecca, Samuel, Michael, Brayden and Madison; thirty great-grandchildren; and many other extended family and friends.
Interment will be held in Ninnekah Cemetery under the direction of Ferguson Funeral Home.
Condolences to the family may be expressed at www.ferguson-funeralhome.com.
Published on January 6, 2020
To send flowers to the family of Walter Rogers, please visit Tribute Store.

Send flowers
in memory of Walter

A place to share condolences and memories.
The guestbook expires on April 05, 2020.

Melani Gae Hill
LaDonna and Families, So sorry to hear the passing of your Dad. Please know thoughts are with you all now and the many long days to come.
View all